Have you been affected by the NO_MORE_RANSOM ransomware?

Turn off or disconnect the computer from the network

Do not pay the ransom requested for your data

WHAT IS No_More_Ransom RANSOMWARE

Below is a list of different types of ransomware infections we have been successful in helping our clients recover from (not limited to this).

Suppose you are infected with ransomware; we strongly recommend submitting a quote request and disconnecting the Internet from your site.

Please do not turn it off because your system may not boot up again due to changes to windows system files.

Phobos is very similar to the Dharma ransomware.

DHARMA was approximately released in December 2016 and seemed to be very profitable for the hackers, considering its development continued until now.

We have been successful with a 100% guarantee in all Dharma Ransomware variants such as (but not limited to) Harma, Dharma, Wallet, Roger, 1024, BOT, LAO, Lotus, Crypt, Blm, Glb, Arena.

No_More_Ransom is part of the RAPID Ransomware.

MR DEC is part of the Sherminator ransomware family.

Mr Dec renames all encrypted files by adding a string of random characters to the filenames.

It creates the “Decoder.hta” file, which, if executed, locks the screen and displays a ransom message.

GlobeImposter is an active type of ransomware with a successful recovery in 98% of cases.

GlobeImposter renames your files with a generic extension/variant and drops ransom-demanding messages (“how_to_back_files.html”) into compromised folders.

ZEPPELIN is a malicious program and a variant of Buran ransomware.

For example, “1.jpg” might appear as something similar to “1.jpg.126-D7C-E67”, and so on for all affected files. Besides, it adds file markers (“ZEPPELIN”) to the encrypted files.

After this process is finished, a text file called “!!! ALL YOUR FILES ARE ENCRYPTED !!!.TXT” is stored on the desktop.

Sodinokibi/Revil, also known as REvil, started in May 2000 and is responsible for some of the highest ransomware demands and reinfections.

In some cases, they steal your data.

Maze renames all encrypted files by adding a random extension to the filenames.

Maze also changes the desktop wallpaper and creates the “DECRYPT-FILES.html” file, a ransom message with instructions about decrypting files.

MAKOP renames all encrypted files with .makop or .fair extension.

For example, a file named “1.jpg” would appear as something like “1.jpg.[EF7BE7BC].[makop@airmail.cc].makop”.

After this process is finished, a text file named “readme-warning.txt” is created on the desktop.

Avaddon is an active ransomware attack and very similar to Revil Ransomware.

The ransom message within the HTML file states that Avaddon encrypts documents, photos, databases, and other essential files, and it is impossible to decrypt them without “Avaddon General Decryptor” software.

Victims can purchase this decryption tool by following the instructions provided on a Tor website, which contains information such as the cost of the decryption tool mentioned above, how much time victims have to purchase it until the charge is doubled, and various other details.

Businesses often use them as backup hubs to store vital data essential to business operations.

This makes the device built by QNAP a target for ransomware gangs due to the data held on the device.

Snatch and MedusaLocker are two other common ransomware.

If your ransomware infection is not listed above, please submit a ticket, and we will assist you.

** This page is constantly updated **

How the process works

Help Ransomware is the only company that guarantees the full ransomware recovery of your data.

Click below to submit your case and files for evaluation.

Depending on the evaluation you have selected, we will commence analyzing your files to determine the cost associated with recovery.

*Please note that the evaluation cost will be deducted from your quote.

*We only provide a quote if you need a sample file, and a fee may apply. We may not produce a sample file for some variants unless a full recovery is performed.

If you choose for FREE Evaluation, you will receive your quote within 4-10 days.

Upon completing the evaluation, a quote will be sent to you with the associated cost to recover your data.

*We can determine the actual cost after analyzing your files.

*More than 90% of jobs are recovered within 24-48 hours, and more complex cases may take longer.

*We will start the ransomware recovery process immediately after payment.

We protect you with our No Data = No Charge policy for your data recovery.

Once you accept the quote, an email will be sent to you with a REMOTE ACCESS AND PRE-RECOVERY CHECKLIST to prepare your system for recovery.

Once you accept the quote, an email will be sent to you with a REMOTE ACCESS AND PRE-RECOVERY CHECKLIST to prepare your system for recovery.

All recoveries are made directly on your system. No Data will be taken offsite.

We will keep you updated throughout the recovery process, and we are contactable 24/7 for your convenience.

We guarantee the recovery of all files on archives or the devolución of su dinero.

NO DATA NO CHARGE

We have successfully recovered data from all NO_MORE_RANSOM ransomware variants

Because we understand the urgency of our clients, we have 24/7 worldwide attention

28 years of experience in cybersecurity

All types of cybersecurity services

# 1 in the global cybersecurity market

100% guaranteed service or money back

1. Fill in the form by compiling all the fields and describing the problem​.

3. Press the "SEND" button, and one of our experts will contact you as soon as possible.

“Our team deals with sensitive data, and our customers trust us to keep it all secure. We trusted Help Ransomware because we can’t afford any data loss or outage.”

Samantha Jane
Lark Productions
“When we contacted Help Ransomware, we had just been hit with a major security attack. They took immediate action and had our systems back online within hours.”

Jake Warren
GM Studios
“We had worked with other security firms before, but it was clear from the outset that Help Ransomware would have been different. The results speak for themselves.” 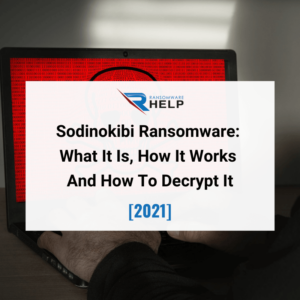 Sodinokibi Ransomware: What It Is, How It Works And How To Decrypt It 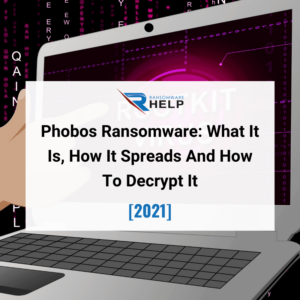 Phobos Ransomware: What It Is, How It Spreads And How To Decrypt It [2021] 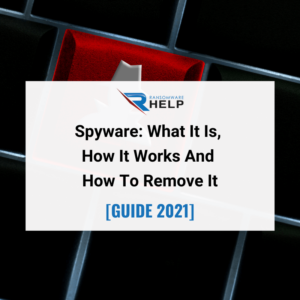