HelpRansomware analyzes the ransomware attack that hit Whitworth University in late July and is currently recovering.

The company, a leader in ransomware removal, cybersecurity, and decryption, studies the events of the ransomware attack on Whitworth University and how they have affected its online reputation.

Whitworth University, a victim of a ransomware

Ransomware attacks countries, such as the Costa Rican Government, individuals, companies, and also institutions, such as universities.

The last to sound the alarm was Whitworth University, a private university in Washington.

It is one of the most common targets because it stores thousands of user data.

The private entity confirmed the computer incident through a statement to members of its community:

You are most likely aware by now that over the past few weeks we have been dealing with a very sophisticated security issue involving our network systems.”

The Whitworth University website was down for three weeks and reported to users as a temporary bug.

Although the university stated on August 17, the attack was carried out in late July:

“On Friday, July 29, we became aware that our information systems had been accessed by outside actors”.

Until August 31, they do not plan for the university’s technological equipment to return to its ‘almost normality.’

As issued in the briefing note, it will take over a month for Whitworth University to restore 95% of operations.

The aftermath of the attack on Whitworth University

This attack brought Whitworth University students, employees, and donors to a standstill:

“If the investigation determines that personal information was affected, we will notify those affected immediately and provide them with the necessary resources to protect their information.”

Whitworth University confirms the leak to its information systems:

“Our information technology and training resource teams worked tirelessly alongside cybersecurity experts to stop the incident and have restored systems as quickly as possible.”

Although at no time does the university mention the term ‘ransomware’, it does indicate that it has been working with “external forensic experts“.

Afterward, contact a company specialized in ransomware removal and file decryption, such as HelpRansomware.

HelpRansomware analyzes how this criminal act has affected the online reputation of the university.

The online reputation monitoring analysis is divided into two periods.

On the one hand, from July 28 to August 2, the days when the website was blocked, the university associated it with a temporary failure. The second period comprises from August 16 to 22, when Whitworth University confirmed the computer incident.

The RepUP Monitoring Tool computes the percentage of positive or negative sentiment generated by users on social networks.

After the ransomware attack on Whitworth University, in the following image, the sentiment of the entity in the first period is visualized.

The data is favorable: the positive sentiment is 89.1%, growing 2,000% compared to the previous week.

Next, the same analysis for the second period: from August 16 to 22.

The positive sentiment is 14%, and the negative 34.4%, increasing 256% compared to the previous period.

Its highest negative figure occurs on the day the university issues the statement.

These are very different figures before and after the confirmation of the cyber incident.

To better study, the digital reputation of the university, ReputationUP’s patented software analyzes the trends associated with Whitworth University from August 16 to 22.

As shown in the image, some of the topics are related to this type of malware:

All these words are in the negative-neutral range.

Next, the analysis of the same period, but with the hashtags.

The negative and neutral are also associated with the attack:

Only #WSU is marked as positive.

HelpRansomware has analyzed the emotions that Whitworth University generates.

In the following image, the emotions of the first period are studied: from July 28 to August 2.

Next, the same trend is observed as with sentiment.

In the second period, users’ feelings about Whitworth University are negative.

Through this case study, it has been verified how ransomware also attacks private institutions, such as Whitworth University.

Likewise, through the data, the importance of quickly resolving a ransomware attack has been confirmed.

Time is vital not only to recover the data but also for the online reputation of the entity.

The following conclusions can be drawn from this text:

The data verifies that Whitworth University is a victim of cybercrime, which has impacted its online reputation and sentiment.

So that the consequences do not negatively affect a company or entity, the first step is not to pay the ransom to cybercriminals.

The victim should contact a specialized cybersecurity and ransomware removal company, HelpRansomware. 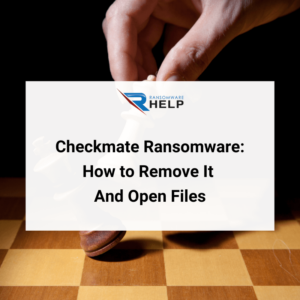 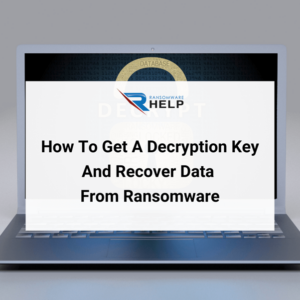